Air mass sensors determine the correct amount of air mass and forward it to the engine control. This ensures that a vehicle complies with emission standards. Here are five facts worth knowing from our VEMO Experts.

How does an air mass sensor work?

The air mass sensor, also called air mass meter, is part of the intake system of modern diesel and petrol engines. It is an important component for a low-emission and efficient combustion process. The air mass sensor provides accurate information about the mass, the temperature and the pressure of the intake air available for the combustion process. The determined values are reported as an electrical signal to the engine management system, which, based on this information, calculates the optimum amount of fuel to be injected. In diesel vehicles, the air mass sensor also controls the exhaust gas recirculation.

The hot-wire air mass sensor is currently the most common. It is installed in the outlet connection between the air filter and the throttle valve. It contains two electrically heated resistance, so-called Platinum wires or platinum layer resistors. While one wire is shielded, the other is cooled directly by the passing air. 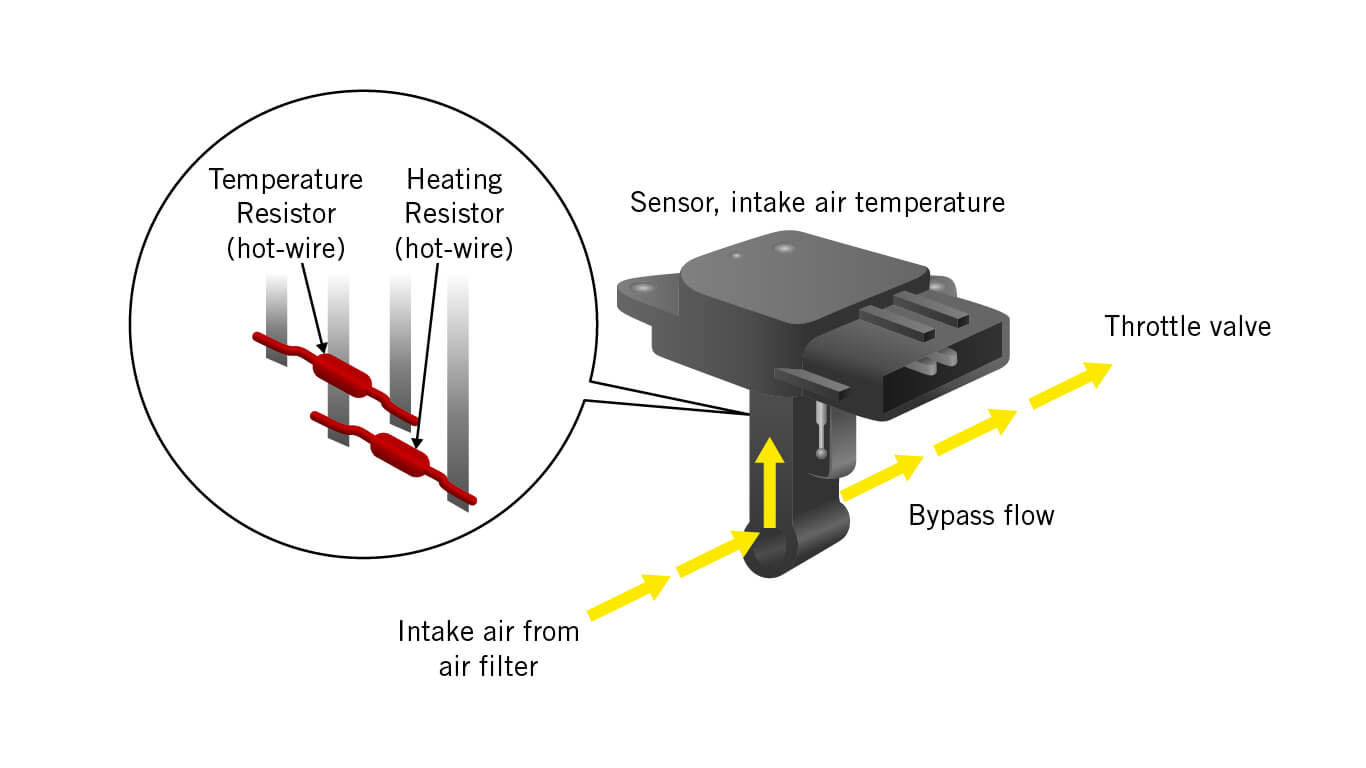 What are the effects does of a defective air mass sensor?

The engine management system detects a faulty air mass sensor based on implausible readings. It activates the emergency program of the engine, which will protest the engine from overloading and the environment from unnecessary pollution. The “Check Engine” light on the on-board diagnostic system turns off, which alerts the driver. A visit to the workshop is necessary.

How to delete the error memory?

For most vehicles, there are no special instructions to replace a defective air mass sensor. The defective part will be replaced with a new replacement part. After only two to three minutes, the engine will run normally again and the error memory will be reset. In many cases however, the Check Engine light remains on and the error memory does not reset itself. Then it is possible to disconnect the battery. After about 15 minutes the voltage has collapsed completely and the battery can be reconnected. Please follow the instructions of the vehicle battery for a professional removal.
It happens sometimes, that the error memory has still not been reset, even after disconnecting the battery. Especially on newer vehicles, a defective air masse sensor is an exhaust-relevant error. Therefore, it must be reset using the on-board diagnostic system.

Why is the air mass sensor broken?

Air mass meter defective? VEMO offers replacement for many vehicle models - with or without housing! 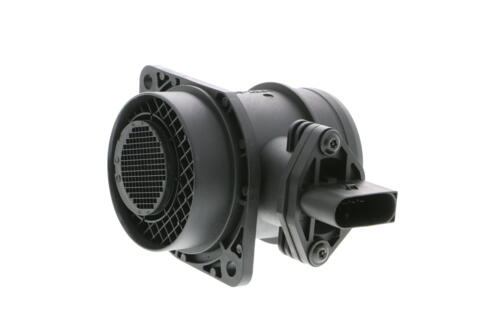 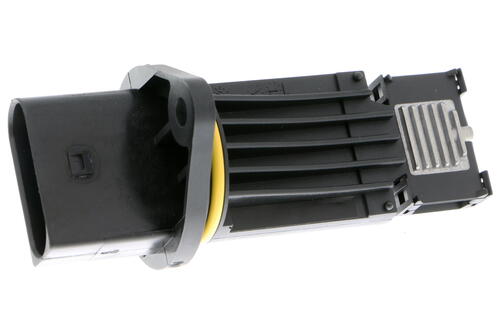 How to clean the air mass sensor?

air mass sensors
Share article:Copy linkSend by mail
Other interesting contributions:
» Did you push the button down? - Door locks
» 5 things to know about air mass sensors
» Good view despite rain: the rain sensors from VEMO